Modeled after a traditional haberdashery, ROBINSON BROOKLYN specializes in essential, handmade items that can’t be found anywhere else. The shop in Williamsburg, New York offers Ready-to-Wear items (suits, sport coats, trousers, ties and other accessories) defined by Robinson’s dedication to quality: handcrafted items with clean and simple lines that are built to last. Drawing on the finest imported materials, the shop features Robinson’s signature take on “classic items you always wished you had”. Native New Mexican Craig Robinson started his sartorial life at the very young age of 8. “My mother and aunt worked in the Levi Strauss factory on the outskirts of town, and a lot of patchwork garments were made on the kitchen table from the scraps my mother would bring home from work. This is where I began to learn the skills for construction”.

Robinson went on to open his first store on Route 66 in 1992 at the age of 20 in Albuquerque New Mexico. In 1995 Robinson moved to New York. While fine-tuning his craft of fine tailoring, he also worked in a hat shop, blocking and trimming custom hats.

“I spent some time in Italy working as a floor boy for a couple of summers in a suit factory. There I learned that it takes thousands of hours to learn how to construct a classic Jacket, and takes years to master.” Upon his return to New York he apprenticed under Master Tailor Ernesto De Soriano.

In 1998 he opened the door to his Atelier on 5th Ave in the Flat Iron district, creating superior handmade, custom and Made-to-Measure suiting for a host of popular musicians such as Interpol, Death Cab for Cutie, and Peter Bjorn and John. Robinson has also outfitted celebrities such as Willem Defoe, and Morgan Freeman. The hallmarks of his suits are sharp, masculine lines that exude power and deliver an aura that’s equal parts sexy and dangerous. Robinson’s dedication to his craft was recognized in 2007 when his work was inducted into Victoria and Albert Museum for the New York Fashion Exhibit. Robinson continues the centuries-old tradition of fine tailoring in Williamsburg, Brooklyn, in New York with attention to quality and craftsmanship. Robinson Brooklyn’s designs innovate tradition by mixing heirloom quality with the expression of individual style. 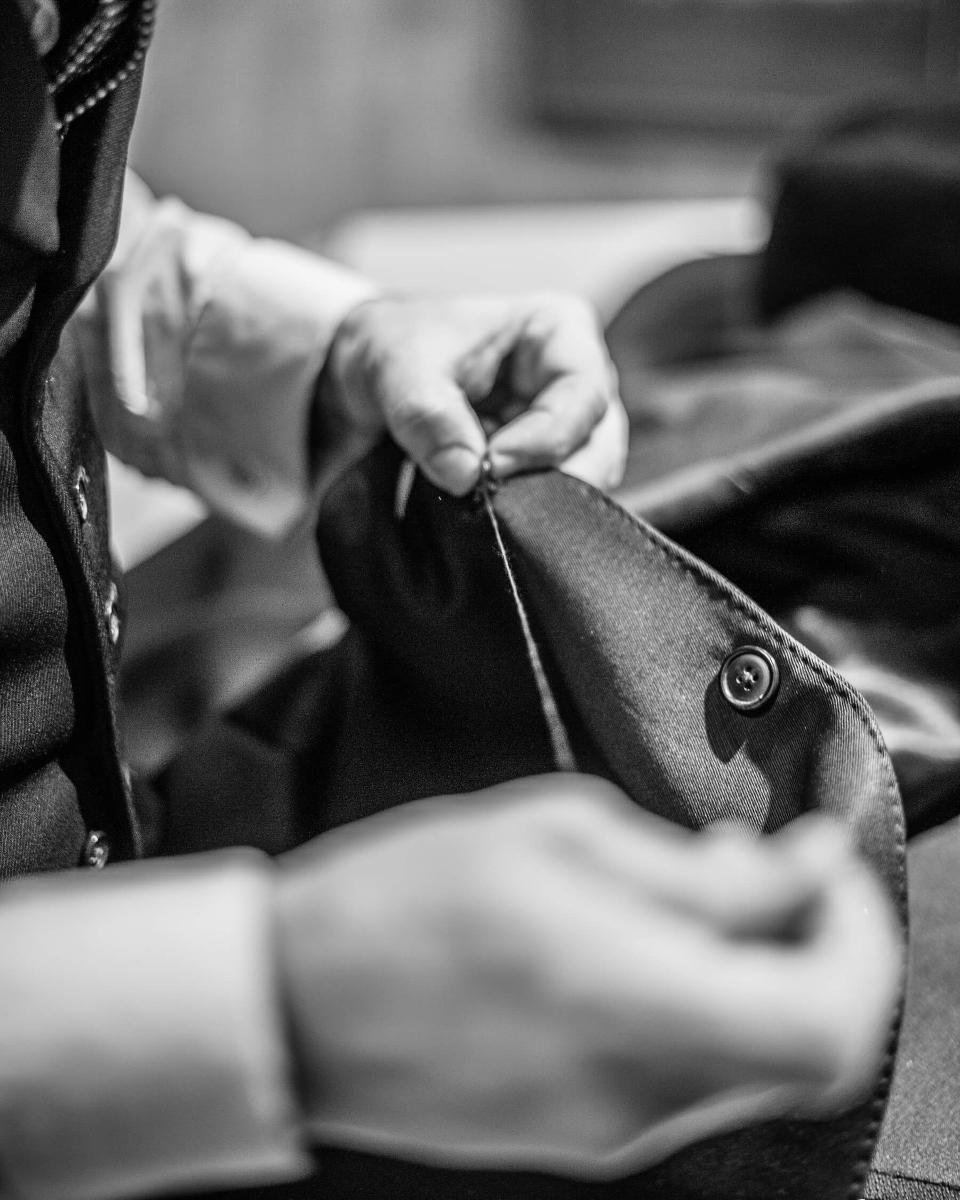